To participate in Caucus Night you must be a registered Republican.

Find out what precinct you live in, and where your Neighborhood Caucus Night will be held 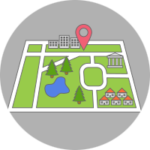 Your Precinct, similar to a large neighborhood, is a specific area, and Republicans from that area come together for a Caucus Meeting.

Learn about the precinct positions you will be voting on 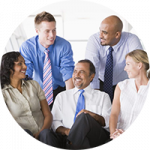 Precinct Members will be voting to elect:

Each of these roles has important responsibilities to ensure the voice of your precinct is represented at the County Party and State Party.

Learn more about these positions and their responsibilities on the Precinct Positions page.

Learn about the candidates that are running for precinct positions

Find out who is running for precinct positions by visiting your precinct Facebook group/page, or asking friends and neighbors, or your Precinct Chair.

Learn more about the pilot here:

NOTE: Not all precincts are participating in the Open Voting Pilot, so check with your Caucus Host for more details.

*These are example schedules and your precinct may use a schedule that is a little different.

Precincts in the Open Voting Pilot

As required by the State Party:

What to bring with you

To make the most of Caucus Night, please bring the following items:

What is Ranked Choice Voting? 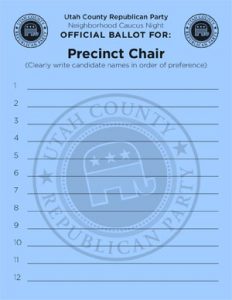 Ranked Choice Voting is a method of balloting where you write down the candidates on your ballot in order, from most preferred to least preferred. Similar to how you might rank sports teams or restaurants from best to worst.

Since party rules dictate that every precinct position must be won by a majority (more than half) of votes cast, when you have several candidates it is usually necessary to have multiple rounds of voting where the bottom candidate is eliminated. In the traditional format of speeches, voting, tallying, repeat, it can take a significant amount of time to complete one election.